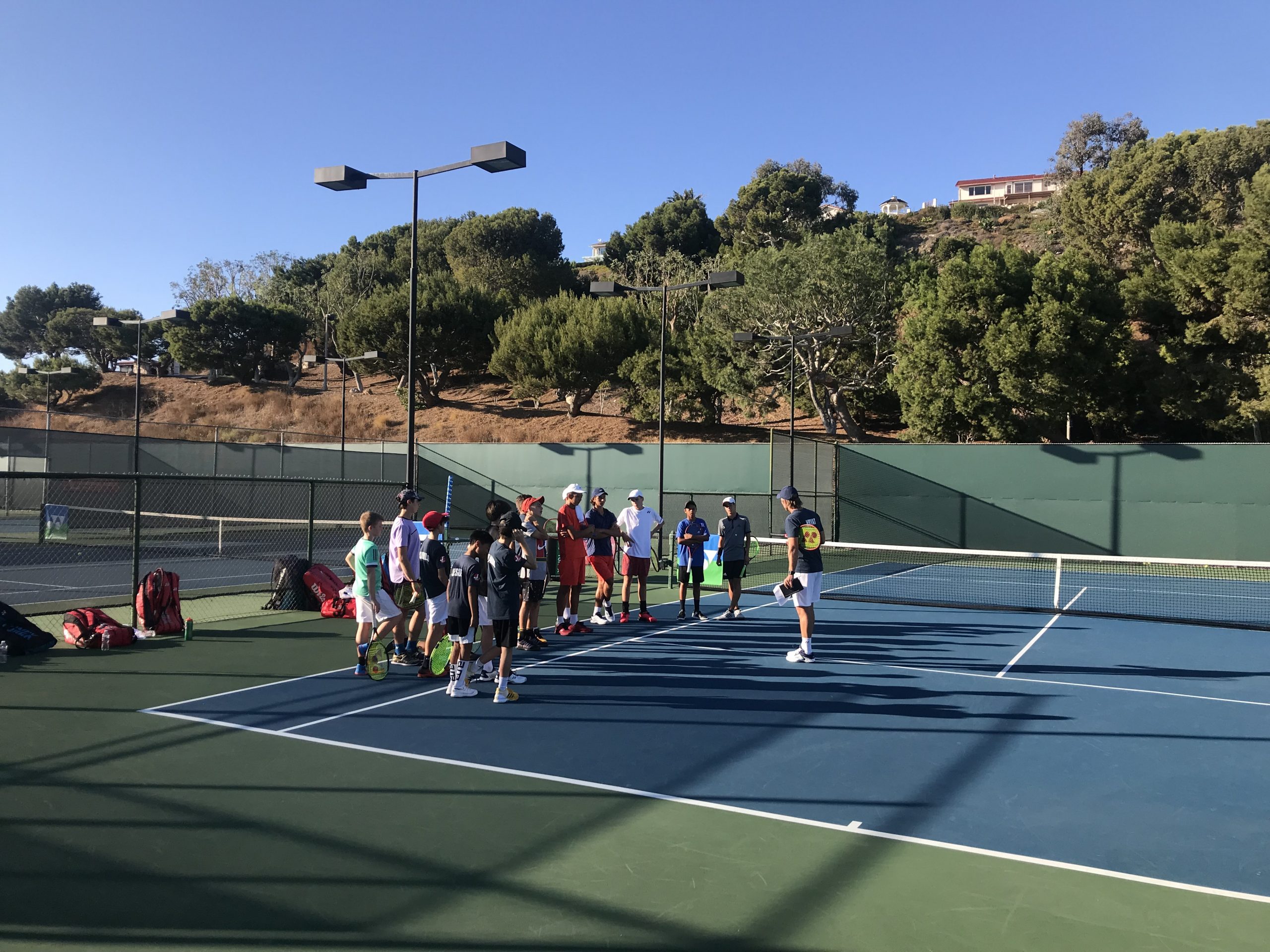 Posted at 09:43h in BLOG, Tennis Professional by nick
0 Likes

And he refused to specialize in anything, preferring to keep an eye on the overall estate rather than any of its parts. And Nikolay’s management produced the most brilliant results. – Leo Tolstoy, War and Peace

Recent technological advances have increased the demands for hyper-specialised knowledge. The fast pace of innovation is forcing experts to dig deeper into the narrower areas of expertise. However, that same technology has also created opportunities for the interconnection of different systems; this requires a more holistic approach to work strategies and calls for people with interdisciplinary thinking and broader perspectives. In his book Range, David Epstein challenges the concept of early specialisation as some sort of a life hack, a prescription that will save you from wasting time on diverse experience and experimentation. “Rapidly changing modern life requires range. The more controlled and repetitive a challenge, the more likely it will be automated, while great rewards will come to those who can take conceptual knowledge from one domain and apply it to entirely new one”.

There is a general belief that early specialisation is the key to success, especially in skill-related activities. In reality, there are many successful stories to back up this theory, however lots of research has been done recently on people that started their career in a more generalised field and went through what science refers to as a “sampling period”. In other words, they simply tried diverse activities before arriving at a place that made them exceptional. Some of the world’s best athletes started in multi-sport training and specialised later on. For example, take Roger Federer; he started with skiing, swimming, skateboarding, wrestling and squash before simultaneously taking on football and tennis until the age of thirteen, when he finally focused only on tennis. Experts believe that, besides his exceptional genetic factors, this was the key for his supreme coordination and athleticism. Some of the greatest musicians were self-taught and played multiple instruments throughout their careers. Figlie del coro, the famous musical prodigies from Venice, dominated the European music scene in the 17th century by singing, playing the violin, flute, organ, oboe, cello and bassoon. Their extraordinary multi-instrumental performances laid the foundations for the modern orchestra.

Throughout his life, Vincent Van Gogh felt he was capable of achieving great things but he just didn’t know what that was. His path began by dropping out of art high school. He continued to work as an art dealer, a teacher of French and math, a book seller, a missionary who studied tirelessly to get accepted into a university so that he can become a pastor. He was very passionate in all of those, yet he failed at each one of them. He continued his search for his “Holy Grail” where he would unfold his special gift. He even enrolled in the art school at the age of thirty-three, but it lasted only for a few weeks. Over the next few years, he experimented with different kinds of art techniques and styles. One night, he looked out of his window, observed the sky for hours, picked up his brush and start painting. That starry night created one of the best-known and most reproduced pieces of art the world has ever seen.

Since the beginning of the 21st century, tennis has evolved in many ways. Elegance and grace have been replaced by a physical battle (thankfully, to a reasonable extent), while innovations in equipment, especially in racket materials, have transformed the character of the game. The multi-national companies have been building their visibility on the centre courts, which resulted in a significant increase in the (top 100) players` prize money. A higher income enabled the players to invest more in their training programmes, which increased the quality of the game and reduced the margins between the players. Today, tennis is a sport in which many different elements, such as mental strength, physical conditioning, game strategy, technical details, injury prevention, nutrition, play an important part in the final result. Consequently, the role of a coach has changed as well.

The complexity of modern tennis indicates the need for a team of specialised experts. As the masters of their domains, specialists have a natural tendency to dive deep into the matter, often aiming for perfection. There is no doubt that this adds significant value to a player, as long as it’s in harmony with other equally important elements of the development programme. The ability to observe and understand the work of each expert within the team requires a holistic approach from every team member. Tennis coach, physical conditioning expert, psychologist, physiotherapist all have to understand the complexity of tennis as a whole, and take it as a prerequisite for their work. In other words, they need to recognise the moment in which their specific training could potentially become inefficient on the wider scale. The line between doing great work and sliding into inefficiency is very thin, and keeping that kind of control in your hands requires a broader range of knowledge. In every sport, a coach’s job is to completely understand the work of other experts in the team, allow him/her enough space and time to do their magic, while never losing sight of the bigger picture. Compared to the time of thirty years ago when the coaches were mostly focused on the specific technical or physical elements on the court, the modern-day coach has evolved into a generalist who goes beyond the limits of a specific knowledge related to a particular discipline.

“If all you have is a hammer, everything looks like a nail”

Holistic approach and ability to apply conceptual knowledge in coaching, can be supported by experience from a completely different domain. For example, endurance sports like running or cycling provide valuable knowledge about the limits of human physical and mental capacity, which is known as “marathon of sprints” in tennis. Musical domain can teach us a lot about “the hours” of practice required for mastering a certain technical element. If, for instance, a player has a mental barrier of performing in front of a large crowd, or fear of losing the match, a public speaking experience could be helpful. Exercises such as a ten-minute presentation in front of a small crowd will generate a different kind of stress in a player and provide a powerful experience and valuable tools for overcoming mental challenges on the tennis court.

“Analogy from a different domain can rapidly increase chances of problem solving. Relying upon experience from a single domain is not only limiting, it can be dangerous”. (Range)

Many world-class athletes started their development by experimenting with a broader range of sports and didn’t follow a narrow trajectory of technical training at an early age (Roger Federer, as we previously mentioned). Similarities can be found in the coaching world as well. Nick Bollettieri worked as an air force pilot with a degree in philosophy and an instructor in various amateur tennis resorts before he opened his NB tennis academy at the age of forty-seven. Bollettieri managed to build his way up to become the most successful tennis coach in the history of our sport. The theory of late specialization explains a frequent success of parent-coaches who found their way to the coaching stardom despite their lack of formal training in that particular sport. Based on the analogy from a different domain, they created their own unique philosophy and a different, fresh way of problem solving. What initially seemed as their liability eventually (intentionally or not) turned into an important asset. For example, while some of their colleagues were over-instructing their players, parent coaches were, due to the lack of specific knowledge, providing players with creative space that helped them to build their own way of playing the game. To make sure that they are not gambling with certain time-sensitive technical elements, parent coaches would occasionally outsource a technical specialist. Tony Nadal, Apostolos Tsitsipas, Richard Williams, Yuri Sharapov, Alexander Kenin, Piotr Wozniacki and many others played crucial (coaching) roles in the careers of the world’s best players, and yet they didn’t have any previous experience in playing or coaching tennis. One of the reasons (some would say the main reason) for their success was the fact that they had a lifetime contract with a player, or, in other words, they were irreplaceable. They used the mistakes which would get other coaches fired as valuable learning experiences and just kept going. What I am saying is that, even with a lifetime contract, it requires lots of knowledge and good decision-making to build a Grand Slam champion. In the absence of formal training, those people were obviously pulling the strings from a wider, more generalised pool. And it worked.

It may seem challenging for many of us to rely on the benefits of diverse experience, interdisciplinary thinking and delayed specialisation in a world that demands, supports and even fancies hyper-specialisation. One of the reasons is the fact that general knowledge is hard to sell. The specialists seem to project a clearer overall picture with a clean prescriptions and career hacks, which are low on uncertainty and high on efficiency. Their path is recognisable, and it certainly carries great potential for a successful marketing strategy. On the other hand, having a broader range requires experimentation, there is no prescription and it sometimes even correlates with inefficiency. A successful story of a generalist doesn’t have such a strong and clear message and, therefore, those stories are much more quietly told. In some cases, when generalists eventually do make it, they sometimes intentionally point out one of their skills just to be perceived as greater experts.

I wrote this article for all of you curious people who are still searching for the right path. Remember that it’s ok to set a goal and later choose a different one, and it’s ok to have the courage to quit and change your job or field of expertise, as long as you still believe in yourself. Finally, this is for all of you who believe in range and will succeed not despite lacking specific knowledge and having diverse interests, but because of it.