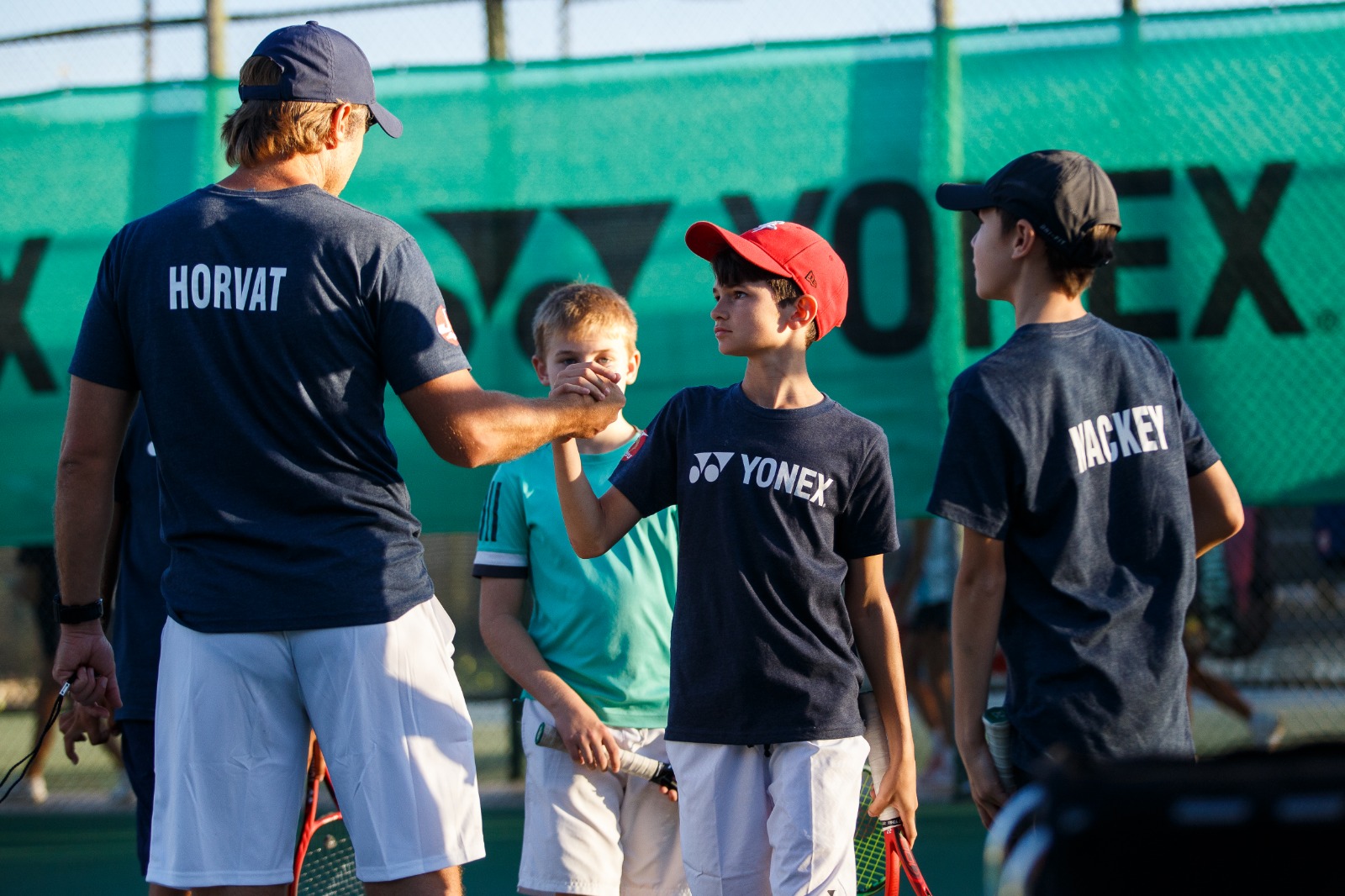 Posted at 20:04h in BLOG, Tennis Professional by nick
0 Likes

Delayed gratification is a cognitive process associated with resisting a smaller, immediate reward in order to receive a larger, more enduring reward later on. The most famous research on delayed gratification was done by a Stanford University psychologist Walter Mischel with his well-known “Marshmallow test”. Kids were offered a choice between one piece of chocolate right away or two pieces if they waited for fifteen minutes. The challenge was: get a small reward now or a bigger reward later. Results showed that the kids who resisted temptation and waited longer ended up with better SAT scores, social competence, and they were rated as more mature and able to handle stress easier. Later in life, they had higher levels of education, lower body mass index, better family life, etc. Researchers unfortunately did not follow up if any of the kids who scored the highest in the Marshmallow test became successful professional athletes, but it would certainly be valuable information.

What this test is telling us is that the ability to resist temptation early in life translates to persistent benefits later, and in some way a simple Marshmallow test could be a predictor of a child’s eventual success. Professor Mischel further explains that these skills are partly genetically inherited, but, in larger part, they can be learned or trained, and that we actually have a role in influencing how our genome plays out, especially when it comes to emotions and self-control. But how do we actually improve our ability to resist temptation? By resisting our temptations, over and over, in a systematic way.

“When you run a marathon, the pain is constant and inevitable. It’s the one thing you can count on for one hundred percent. That’s not going to change. The thing that will change is your ability to handle it”. (Nebojša Lujanović)

The Marshmallow test is an example of how we can test and train our brain even from the young age. When I look at young tennis players, I’m always trying to see a Marshmallow test score within them. Some of them respond differently in mentally challenging situations on the tennis court. They think differently, react differently, they know how to control their emotions and temptations, they are better in sustaining attention, etc. For years, I had been asking myself: are those kids born with those skills or can they be trained? With time, I realized that it’s a bit of both, and we as coaches, teachers, parents, want to focus on the part that we can change, and that’s training.

Endurance – oh, how I love that word! How long we can last at our peak quality time in the office, on the practice court, in the arena, even in the living room (not bedroom 😊) greatly affects our results. Looking at endurance from the physiological perspective, there is almost nothing unknown to us; all information is out there and we can quickly find out why we get tired in the office, why our body cannot handle the desired pace in a 10K race, or why we lose our reaction time in the fifth set of a tennis match. But is it really that simple?

The latest research in the science of human performance shows the real complexity of endurance, simply because of its very close relation to our brain. A distinction between physiological and psychological capacity of an athlete is smaller than it appears, and sometimes it looks as if we actually can’t have one without the other.

Series of tests showed that a mentally exhausted amateur cyclist quits fifteen percent sooner than when he’s fresh. When our brains are tired, the sense of physical effort that we need to put in simply feels higher, which means that our perception of effort can change without altering what’s happening in our muscles. Another thing very closely connected to effort is motivation. We are not always willing to give our maximum, and that’s why athletes rarely produce their best performance in training sessions. In 1986, a French researcher Michel Cabanac asked volunteers to sit against the wall with no chair for as long as they could. “When the subjects were offered 0.2 francs per 20 seconds, their quads gave out after just over two minutes, when offered 7.8 francs per 20 seconds, their endurance magically doubled. If the moment of collapse was dictated by failure of the muscles, how did the muscles know about the richer payoff?” (Endure 2018)

These examples show that our brain plays an important role in changing our physical limits. Motivation is a well-known cognitive factor that affects human performance, but less obvious factors, like mental fatigue, are starting to get more attention.

Until recently, brain endurance training had been perceived as something that is automatically built into a regular physical training routine, however BET has emerged as a separate training method in many different forms, including mobile apps. “The athletes already have a high physical training load, and BET is an opportunity to improve these qualities without increasing the demands on the body”. (Marcora). The theory behind it is that just as repeated physical stress forces muscles to adapt, the same thing will happen to the brain with a routine of mental tasks.

The initial research on BET was oriented mainly towards the endurance sports, however the latest studies have included sports that are technically and tactically more complex, where one millisecond lapse in decision-making by a tired athlete can make a difference. While we are waiting for more research results of BET methods and guidelines on how to implement them into our training routines in the most efficient way, we can focus on what we have for now.

Every sport where the players have to sustain a high level of focus for longer periods of time, like tennis, requires a high capacity of mental endurance that has to be trained, whether separately or integrated into a standard physical training. One way of doing BET is by pushing our physical limits during regular practice. The thing is that, in skill-related sports like tennis, the vast majority of trainings are not designed as intensive physical sessions but rather as sessions for mastering various technical skills by doing series of repetitions with moderate intensity. Those types of practices are actually a great opportunity to train our mental muscle.

Many times, I’ve heard players complain about a boring exercise and I’ve seen coaches compete in designing the most entertaining practice. The idea behind BET is to do a simple (boring) cognitive task for a longer period of time, before, after or integrated into a physical/technical training. If the quality of the player`s focus is determined by external factors, such as an interesting exercise, we are actually missing the opportunity to work on his/her mental muscle.

A practice doesn’t have to be entertaining, at least not all the time. The idea of searching for the most interesting exercises to keep the player alert and engaged could, in fact, be counterproductive. “Being boring is an important characteristic for inducing mental fatigue and, therefore, a brain training effect” (Marcora). With the combination of exercises that are “boring”, or in other words, exercises that require a moderate level of concentration not triggered by external factors but simply by mobilising our own internal cognitive mechanisms, we are developing the player`s mind control and mental endurance. It’s a type of brain training that helps us to override our initial instincts, that is to say, to resist the temptation to lose focus, to go for that winner too soon, to break the racket, to quit. Instead, it teaches us to just keep going.