The past Sunday afternoon 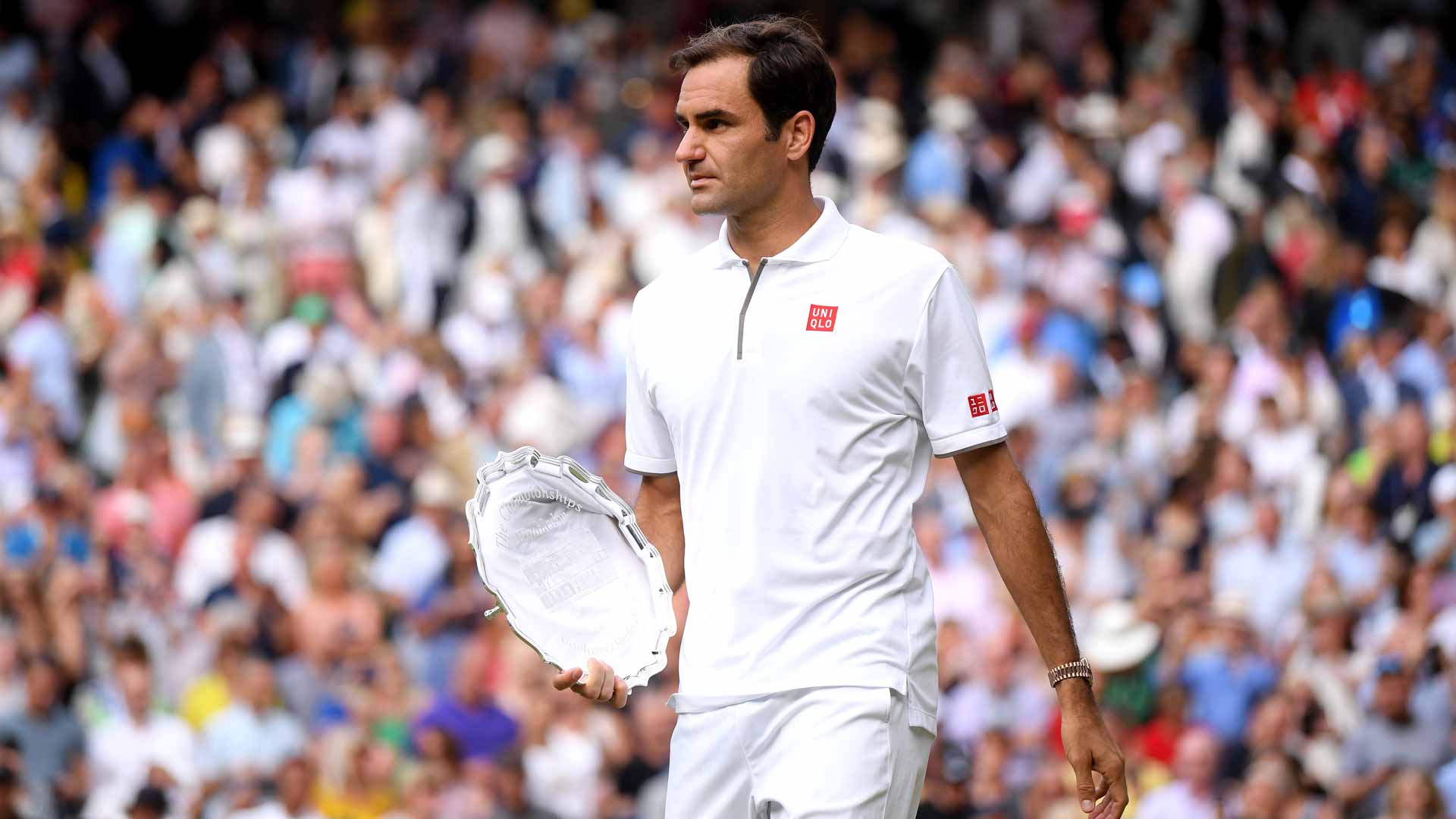 17 Jul The past Sunday afternoon

Posted at 08:59h in BLOG, Tennis Professional by nick
0 Likes

The past Sunday afternoon around 6:20 p.m., Novak Djoković made one small step to the right side of the Wimbledon central court, while the ball from his opponent`s racket flew straight and fast to the left side of the service box. If the net had been just one centimeter lower, Roger Federer would have become the Wimbledon champion at the age of 37, after having defeated both of his greatest rivals back to back, and, without a doubt, this would have been considered the greatest achievement of Federer’s career. A cliché in which victory and agony dance close with the devil has never been more appropriate to use than in this situation. I thought I have seen it before, but this afternoon they were dancing closer than ever. The stakes were big, too big.

“I just feel like it’s such an incredible opportunity missed, I can’t believe it,” Federer said.

I can’t believe it, either. For me, Sunday was painful and it will take some time to process it. I’m a tennis enthusiast and a tennis coach, and I know what it takes to be a tennis player at all levels, so my respect for the players in general is enormous, and especially for the best players. But I’m also a tennis fan. Regardless of the respect and appreciation I have for Novak Djokovic and Rafael Nadal, every time Roger Federer steps on the tennis court, I stop talking, sometimes even thinking and I just watch. It’s Tuesday today as I write this, as it took me two days to start putting my thoughts on the paper about this match, and I still sleep half-awake replaying those match points in my head.

Two days before the match, when asked what could be the key for the final or if there was any special strategy, Federer replied:

“I think the moment you’ve played somebody more than fifteen times, there is not that much more left out there (no secrets). You know where the players go when it really matters. At the end of the day, it comes down to who is better on the day, and who is in a better mental place, who’s got more energy left, who’s tougher when it really comes to the crunch.”

At big matches, where the level of play of both players is similar, there is very little room for making a difference. Strategy is very important, but nowadays coaching teams are doing their job at the highest level, so there isn`t much more left to surprise somebody (like Roger said), all information is practically out there; the level of physical energy can also affect your performance, especially at the end of the second week; and, finally, the mental part: a huge territory with no formulas, no help buttons, no textbooks, just the mind against emotions, thoughts, reactions, while the whole world is watching. And on this historic Sunday afternoon, the whole world was indeed watching and once again it did come down to the crunch, and Novak Djokovic appeared to be the mentally tougher player.

When people speak about mental toughness of the Big 3, they often judge by who won the big points, or who made a mistake at a crucial moment, while they ignore one important fact. Starting from the young age, Roger Federer naturally developed a shot making game that is by default riskier compared to the games of Rafa and Novak. When the time for the big point comes, Roger is the one who has to take the risk, do something with the ball, go for his shot, while Rafa and Novak have the option of waiting, playing with safer margins, because that is what they’ve mastered during their careers (please don’t get me wrong here, not for a second, because I surely know how good they can play!). To make things worse, Roger has to do that most of the times with his one-handed backhand, because that is where the ball goes in those moments, and we all know how difficult that can get.

In other words, playing with safer margins and with a good pace, being ready to move well and not miss, is not exactly at the same level of difficulty as having to hit the ball close to the lines with a faster pace and finish the point. This makes Roger’s task much more demanding, when we talk about the money time moments. Actually, it takes a hell of a mental toughness to be able to do that for five hours consistently. Therefore, speaking about who is mentally tougher in this case without taking this into consideration is very arguable. Many argue as to why Federer didn’t develop a safe button that he can press when needed, like a slightly bigger serve or a patient play option. I really can`t tell, I guess in his case it’s not that easy, and it would probably change other things along the way and affect him too much.

I don’t know if the game style is the matter of choice or it is more related to a person’s character. I think it’s a bit of both but I would point more towards the latter. Either way, it creates a much-needed diversity that makes tennis so beautiful and attractive that we can sit down and watch a match for five hours and think, talk or write about it for days and weeks after.

My intention is not to debate who is a better or a mentally stronger player, but to point out some facts that we sometimes forget and to understand what kind of physical, technical, emotional and mental effort is needed to perform like those two extraordinary men did this past Sunday afternoon.

My point is also that we should never forget that we live in the best era of tennis history, in which three of the best players that have ever played the game are competing against each other in the final stages of the biggest tournaments, and that one of them is almost 38 years old, performing at that level consistently for almost 20 years.

I believe that the man who amazed us with his tennis for so long as one of the greatest tennis players of all time and surely the best player in Wimbledon, the man who gave his last punch of dedication and persistence two years ago and managed to come back to the very top of the game at 35 years of age when many were doubting him, really deserved the scenario of beating both of his greatest rivals who have mercilessly beaten him so many times, back to back in his house, on his court, at his tournament. After all the joy of tennis he gave to all of us, after being defeated painfully many times but stood up with grace and kept going, I believe he deserved that one more feeling of great victory at the dawn of his career. Regardless of the Grand Slam record, regardless of who will be proclaimed the best at the end of the race, that ball should have passed the net at the Wimbledon central court on Sunday afternoon and the history should have been written.

The question is, was this the last chance for RF?

“The biggest question in my mind is how Federer is going to react to this turn of events. Will he prove, like Bjorn Borg, to be too brittle, and too tired of the pressure of his position, to continue playing with his customary degree of desire and focus? Or will he find a way to draw emotional fuel from this loss for the final phase of his career, with such enormous honours at stake? I don`t think there`s any question but that it will be the latter; (Peter Bodo, Spartan in a Cardigan, 2008)

This article was written after an epic match in Wimbledon final in 2008 that is considered one of the best tennis matches of all time and the toughest defeat in RF`s career until this past Sunday afternoon. Will Federer be able to continue playing with the highest level of desire and focus is a completely different question now than it was back then, and the answer today is much more complex.

The story of Roger Federer belongs to the greatest sport stories of our time. It’s the kind of story that demands a special ending. Past Sunday afternoon couldn’t be more perfect and all set for the history to be written; time, place, energy, emotion, even a step towards the wrong side of the court, but the ball somehow touched that net. I guess the story is too good to be finished yet, and maybe we all deserve to see one more final chapter.