Tennis, sprint or a marathon? 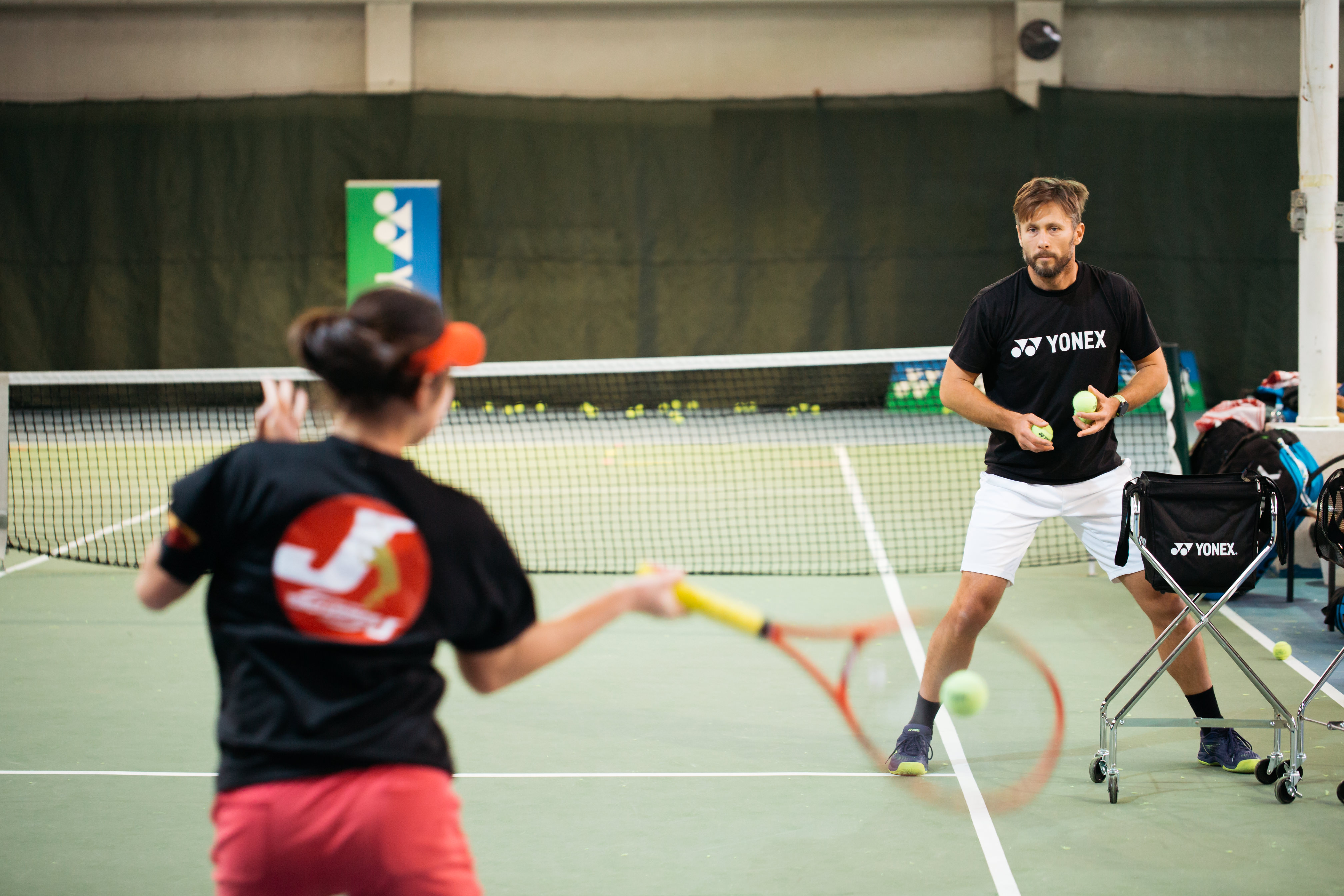 12 Mar Tennis, sprint or a marathon?

Posted at 09:21h in BLOG, Tennis Professional by nick
0 Likes

“Endurance is the struggle to continue against the mounting desire to stop” (Samuele Marcora).

Endurance in the most limiting and arguably the most important factor in the science of human performance. To a certain extent, we all have a lack of endurance in something that we do, and we could all benefit greatly from improving it. If our professional work is connected to a physical activity such as sports, factory work, farm or showbiz, we have our daily limits on how much we can take before fatigue takes over our body. If our work is related to a more mental activity, such as office work, management, teaching, writing a book, fatigue can also be a serious obstacle, and our result strongly depends on how much stress we can take, or how much quality focus we can provide. All these activities are directly connected with our physical and mental energy tanks, or in other words, our physiological and psychological endurance.

I have personally tried different types of work, such as playing tennis, studying, coaching, office work, management, exercising, writing, and through all these activities, my capacity of how long I can last at my peak quality time greatly affected my results. Imagine yourself in the office replying to twenty extra emails, making ten extra pages of a new strategic document or doing just one extra hour of quality brainstorming with your team, every single day. Imagine yourself giving tennis lessons for two extra hours or coaching at a pro tour and handling stress with a bigger smile because you are full of energy. Imagine being on the way to your fitness goals without having fatigue struggles each Wednesday, Saturday and Sunday (like me). Imagine writing a book or studying every day for just an hour more. Imagine a tennis player spending extra time on the court, practicing his serve. Imagine, imagine… Benefits of endurance are everywhere around us.

Although the capacity for mental vs. physical work is linked with two separate groups of “muscles”, a recent scientific research in the field of human potential describes the connection between physiological and psychological endurance as quite strong.

“Part of the challenge is that endurance is conceptual Swiss Army knife. It’s what you need to finish a marathon, but It’s also what enables you to keep your sanity during a cross country flight crammed into the economy cabin with a flock of angry toddlers (screaming kids). The use of word endurance in the latter case may seem metaphorical, but the distinction between physical and psychological endurance is actually less clear-cut than it appears. Think of Ernest Shackleton’s Antarctic expedition, and the crew’s two-year struggle for survival after their ship was crushed in the ice. Was it the toddlers on a plane type of endurance that enabled them to persevere or straightforward physical fortitude? Can you have one without another?” (Alex Hutchinson, Endure, 2018)

Tennis is a skill-related sport, so things like quality of movement and shot-making are undeniably a foundation for becoming a high-level competitor. But from a perspective of energetic/functional requirements, tennis is certainly not a sprint but a marathon of sprints, regardless of the fact whether we look at it from the point of just one match or, even more, through a weekly, monthly, or yearly timeline.

Let’s look at the numbers in an average tennis match on a Grand Slam tournament (men’s match 6:4 6:4 6:4). We have thirty games with six points per game (on average), which is 180 points played in total. Assuming that in each point there is a minimum of three sprints or intensive adjustment actions or even both and at least three shots. Each of these actions requires a certain amount of energy in order to provide quality performance. Consequently, it turns out that a tennis player is expected to have the energetic capacity to do a minimum of 540 (3×180) intensive actions (sprints, adjustment steps, shot-making, etc.) in order to compete on a high level. And then, there is a mental part of tennis that requires a very high concentration level for a long period of time and a consistent mind control in a high-pressure situations. Considering that players need to do this on daily/weekly basis, throughout most of the year, there is no doubt whatsoever that endurance plays a significant role in tennis. Without enough physical and psychological capacity, players can easily fall into a trap of constantly failing to unleash their full potential.

Tennis is a real physiological and psychological marathon!

When I’m in my hometown, I go on the court and practice with young players almost every day. It helps them (I hope), it helps me to stay in shape, and I really like it. During my recent research on endurance, I started noticing one thing more often than before while playing. The first forty minutes of practice are almost always the best in terms of quality of tennis. There are hardly any mistakes, no comments, no complains, just focussing on the ball with perfect execution. Many times, we don’t even make a single mistake for first five to ten minutes. Why? Because as soon as the first signs of fatigue slowly start showing, the practice dynamics slightly starts changing. We don’t actually feel tired yet, just like a sprinter in the last twenty meters of the race (see below), but our performance usually starts to fade, almost unnoticeably. Those fine levels of technical performance, timing, specific coordination, as well as concentration, are not as sharp and precise as at the beginning. Sooner or later everybody gets tired, but the player who can sustain quality performance for a longer period of time is the one who is going to benefit more from a certain practice.

“Even the greatest sprinters in the world fight against what John Smith, the coach of Maurice Green, euphemistically calls the “Negative Acceleration Phase”. The race may be over in ten seconds, but most sprinters hit their top speed after 50 to 60 meters, sustain it briefly, then start to fade. Usain Bolt’s ability to stride magisterially away from his competitors at the end of a race? A testament to his endurance: he’s slowing down a little less (or a little later) than everyone else. In Bolt’s world record race at 2009, his last 20 meters was five hundredths of a second slower than the previous 20 meters, but he still extended his lead over the rest of the field”

This example shows us that if the endurance factor can be related even to a short discipline like a hundred-meter sprint, then it must be taken seriously in just about any activity, including tennis. I believe that the concept of training in tennis should include endurance challenges in both mental and physical aspects in the context of making it through a single match, but even more in a general context of sustaining quality performance over a longer period of time, like a whole week, month or more. Physiological factors like recovery/sleep, good nutrition, aerobic capacity (VO2 max), muscle endurance are the primary pieces of that puzzle. The second most important part relates to our brain, so in my opinion and the opinion of human performance scientists, a very complex questions are at issue here: how does our physiology interact with our psychology? Do we actually need to train mental endurance or is it automatically built in our physical training, and is it possible to have one without another? And most importantly, what if we can run faster, push harder, focus longer and achieve more than we think we are capable of?