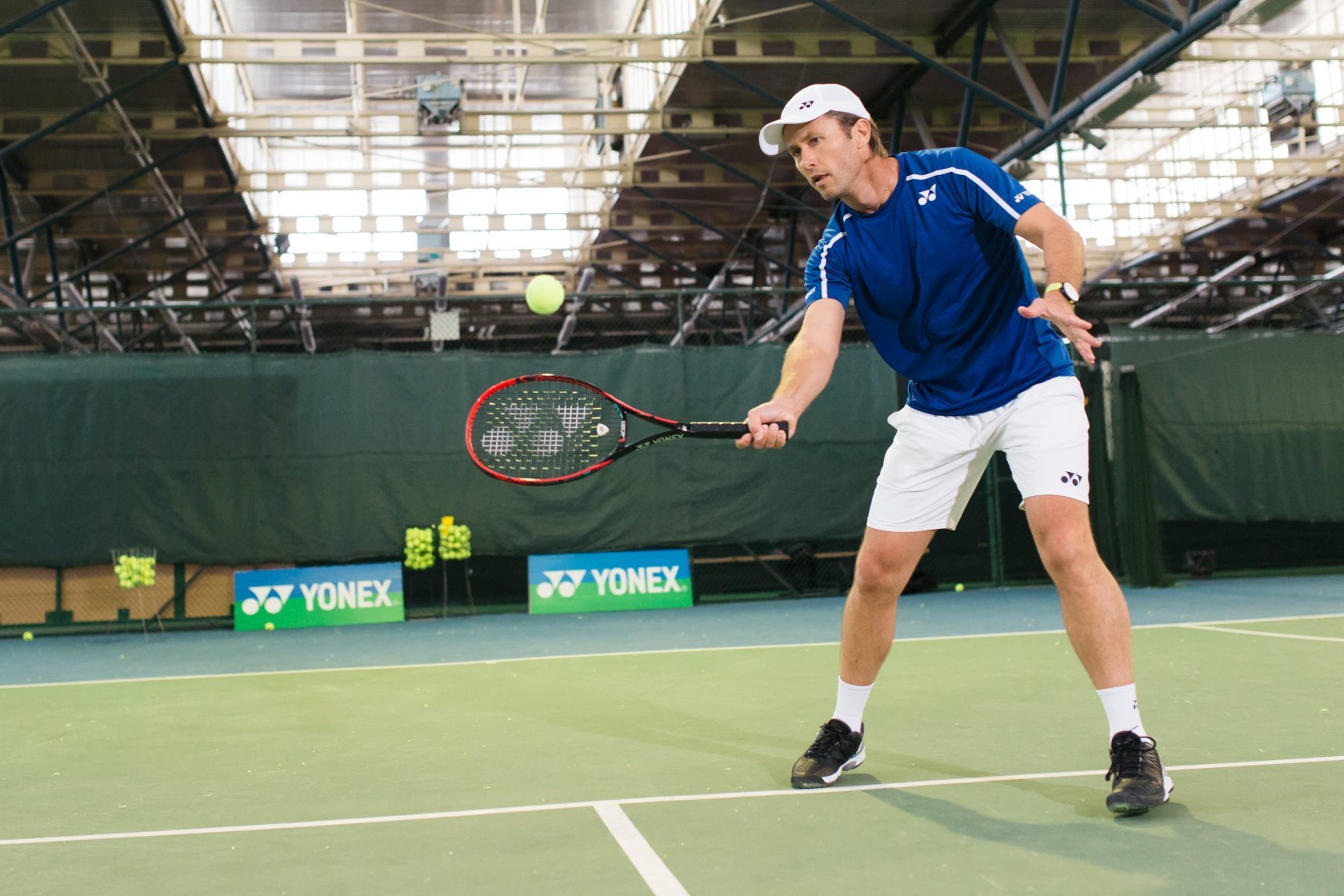 Posted at 08:11h in Powerful Motivator by nick
0 Likes

How many times have you seen a top tennis player in the world do some super innovative on-court exercise that you’ve never seen before? Um, maybe never? That’s probably because you saw them at big tournaments where they practice just to warm up for the match, and when they go home, they surely do something special, something different. Well, I mean they have to, they are the best in the world, they can’t be practicing like everyone else, right? True, and they don`t!

When I was coaching/hitting with Mario Ančić, back in the days when he was ranked as the seventh player in the world, he told me a very interesting story.

After one very good cross-court drill that we did, Mario said to me: “Coach, do you know how I learned the importance and benefits of a simple cross-court drill?” I said: “No, I don’t”. And the story goes like this:

When I was a young, talented and uprising junior, I got invited to San Francisco to spend a week of practice with Andre Agassi, who was ranked as the number one player in the world at that time. At our first morning practice, after hitting from the middle court and a good warm-up, we started doing a simple cross-court drill. Ten minutes of good hitting and Andre took his first break, sat down on the chair and started breathing heavily. His coach Brad Gilbert assisted him with a towel and water. After the next ten minutes of hitting cross court, Andre took his second break and started catching his breath again.
I asked my coach quietly, “What is going on with Andre? Is he out of shape?”
My coach replied: “Mario, I’m glad you asked me this because I want you to learn a very important lesson today. I’m watching you two play and I can see very good tennis, but also one big difference. At first sight, it looks as though you are both playing really good, the ball goes fast, it’s clean and almost without mistakes. But when I look more closely, I see you moving in a one-meter circle, just focusing on putting Andre’s ball back in the court with no mistake. You’re using Andre’s ball speed and not really hitting back. And then I see Andre moving back to the middle of the court after each shot and hitting each ball with maximum energy and speed with his body in perfect position and his legs in perfect stance. The amount of effort and focus that Andre gives to his every shot is much higher than yours, and he is using this practice to his maximum benefit. Of course, it also makes him more tired. That is one of the reasons why he is the number one player in the world”.

It took me a while to process and really understand what my coach said that day, but from that moment on, my practice was never the same.

I learned one of the most important lessons of my career from Mario’s story. It changed my perspective on tennis practice. I realized that you can do all the best exercises in the world, work with the best coaches and train with the best players, but if you don’t put yourself in the right state of mind, focus and intensity, you will never reach your full potential. Both the people and environment around you are important, and it can all help, but at the end, it’s all up to, and should be, about you.

So, do the best players practice like everyone else? Of course not. They just use the same exercise as everyone else. Mario’s story says it all, the key is less about what we do and more in how we do it.

Doing ordinary things extraordinarily is one of the most important characteristics of all great champions.