This summer I’ve joined team Donna as her new/old coach to help her get back into competitive mode after a long break. We did a great two weeks of training in Monaco, together with Donna’s physical conditioning trainer Zlatko Novković. After, we went to Palermo to play the first tournament, where Donna played two matches and overall it was a good start.

After one more week of practice in Croatia we went to USA to play Cincinnati and US Open, both played in New York at the same venue due to Corona virus protocols. This year we’ve experienced a very different W & S and US Open with no crowd, no linesman, not enjoying the New York city lights, living in the tennis bubble with regular testing and social distancing protocols.. but it was not any less exciting!

Organization in New York was at the highest level, from safety measures, comfort, transportation, food delivery, etc. At the end it was a great three weeks of tennis, with some of the epic matches, great 5 set comebacks, impressive Naomi Osaka and Vika Azarenka, and it finished with spectacular men’s final which contained everything that modern tennis has to offer. For the moments like that (and there were many in this tournament) it is a real shame that there was no crowd, because the atmosphere would be unforgettable.

As for my cooperation with Donna, I was asked to help her after the unexpected split with her old coach. We had a great seven weeks of hard work, some exciting matches and good times overall. Donna will be joining her new coach starting with the tournament in Roma. 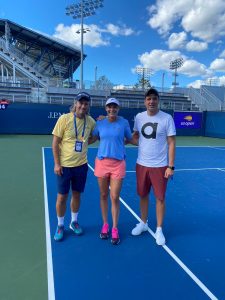 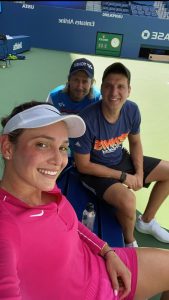 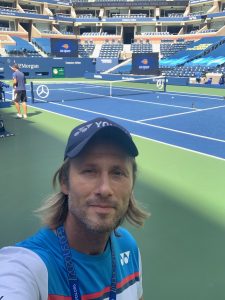 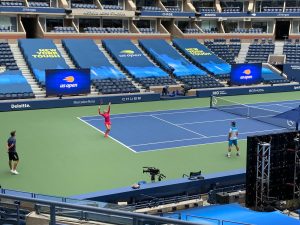 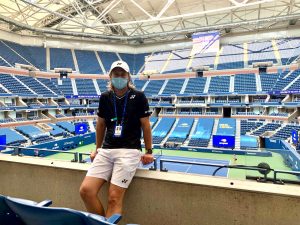 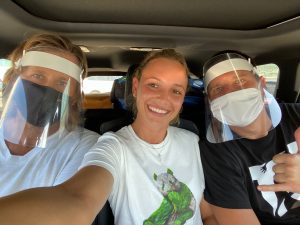