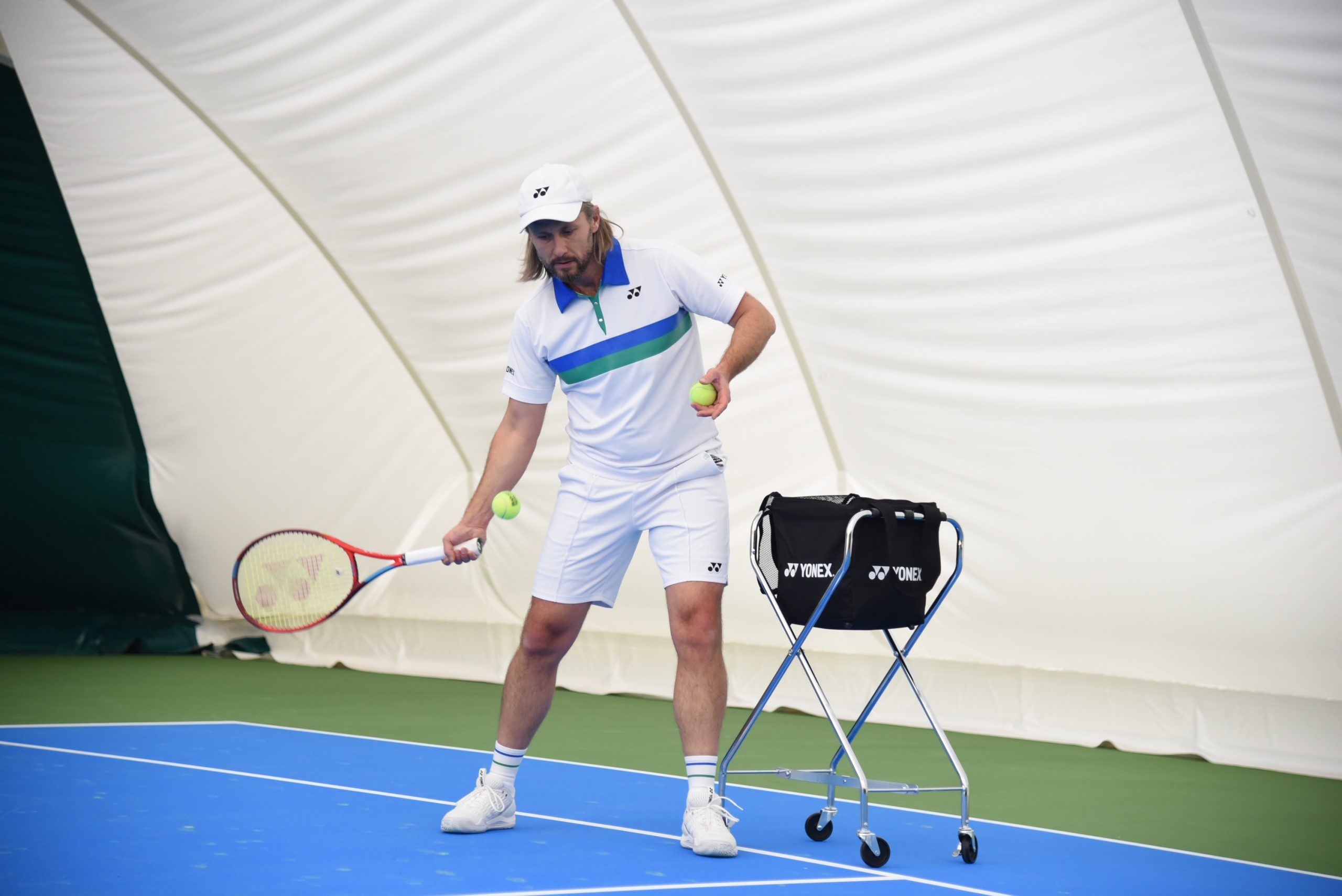 19 May My coaching principles

Posted at 18:47h in BLOG, Tennis Professional by nick
0 Likes

I was inspired to actually write down my coaching principles by the words of John Wooden: I believe more in the concept and principles, and less in solutions for any specific situation. If the former is good, the latter comes naturally. This is one of the most powerful coaching quotes for me, because it explains a lot. It tells us how following the right principles for longer period of time can have the power to silently solve any problem that’s in front of us.

Every complex game pattern in tennis largely depends on the quality of the basic shots. Example: if a player cannot hit a quality backhand down the line under pressure, every tactical pattern that includes backhand down the line is useless. This applies to every basic element of the game. Basics, they are boring – not exciting, they are simple – not easy, but they are crucial.

Lots of people make things over complex. Sometimes complexity is necessary but often it’s not. From one side people make things complex so they can sell them, because basics are hard to sell. From the other side, there is a concept called “hiding behind complexity” that talks about how people are looking for something to hide behind while they are actually failing at the very basics. Complexity gives us a way to avoid the reality that says: what really matters for most things in life is simply showing up and doing the work. Not thinking about it, not talking about it, but doing it. Complexity gives us excuses and ways out. Simplicity is different. You can’t hide behind the basics. You have to show up and do the work.

Good coaching is important, but at the end it all comes down to how well players are able to execute the basics every day. Best coaches understand that and most of their work is going towards that direction. It’s great to be able to explain to the player what goes on in his head, it’s important to help a player with a specific game pattern and tactics, or make a good technical analysis, but this is just a cherry on the cake, we are dealing with a final few percent, this is not going to build a foundation for becoming a champion. Example: Rafa Nadal was asked how he practices his mental game. And when everyone was expecting a very complex answer, he gave exactly the opposite: you work mentally when you are on the court every day, you don’t complain, you keep the right attitude, you give your best focus and energy to each shot you make, this is mental training. Actually, this is all you have to do. This is an example of doing ordinary things in an extraordinary way. These are the basics, they can be boring, simple, not easy but crucial.

This principle is based on the belief that most of the tennis matches are won or lost long before they even started.

There is a quote from dr Deepak Chopra, one of the most famous scientists in the area of well-being saying that everything that is happening at this moment is a result of the choices we’ve made in the past.

This is where tennis matches are won!

Yes, you can instantly increase your level for one match or even for one tournament, but if you didn’t make the right choices weeks, months and years before, eventually you are going to fail.

I’ve put these two elements together because in some way you cannot really have one without another; you can’t reach the highest level of your physical capacity without a strong mental commitment. On the other hand, when we are physically weak our mind makes noise on the slightest feeling of discomfort, but as our physical capacity increases, our mind stays quiet for much longer.

I see physical conditioning as a must have for every player. It’s a matter of I want or I don’t want, it’s a simple decision thing. It is far from being easy, and there is some science needed, but player must take this responsibility and make the most out of what he/she was genetically given. Mental conditioning: there are two elements of mental conditioning: mental endurance and mental strength.

Mental endurance is ability to keep your focus for longer periods of time, or ability to keep going when you want to quit. This is the simpler and clearer (not easier) part of mental conditioning because it can be trained with your regular physical or technical training. For example: by expanding your physical limits or by staying with your technical exercise for longer you are automatically working on your mental endurance.

Mental strength is ability to stay strong in psychologically challenging situations like: playing in front thousands of people, playing your best game under pressure, playing against the rival, etc. This is where things get more complex and not exactly straightforward because emotions are getting involved. Many times we question: is this mindset trainable or some players are just born with it?

Short story: I was at the tournament watching a player losing a match easily in the third set after playing great in the first two. Her coach approached me after and asked me why is this happening to her, she can play better but she fails to show it in important moments. I answered with a question: how many times did she practice her technical and physical skills in the last two weeks? 5 hours every day. How many times in the last two weeks she practiced mentally challenging situations like the one today? None. And there you have it, a very simple answer to a very complex issue. I told the coach that his player has learned something today even though she failed, and if she would be in the same situation tomorrow she might feel some improvement already, but if her next “mental training” will be in two weeks, she probably will fail again. Our brain is also a muscle that needs to be trained regularly.

Our job as coaches is to make sure players are spending enough time in emotionally challenging situations. However, just being in those situations is not enough, we need to hold them accountable for things they can control, like: attitude, reactions, body language, shot selection, etc. This is the only way to improve. (if they tank, if they react in the wrong way, they will never improve).

Another problem occurs when player is losing in the first round too often and we have to wait minimum a week for another “brain training”. In those situations: first, adjust a schedule to play lower level tournaments where you can get more matches with even higher pressure and even better brain training. Second, play practice matches, (underestimated practice tool these days). Practice match is in fact as close as it gets to a real match if approached in the right way. That means: don’t play just one set, play until the match is finished, prepare as for a real match, play against rivals, hold the players accountable for things they can control.

Technical analysis and variety of training methods can help, but after that, player has to go out on the court and find his way of doing it, his own timing. One millisecond too early or too late makes the difference between the perfect shot and an average shot. Timing is something that nobody can show you or teach you, you can only feel it by yourself and it’s crucial. It can only be learned by repetition.

No written word nor spoken plea can teach our youth what they should be, nor all the books on all the shelves it is what the teachers are themselves – John Wooden.

Without being a good example with your own personal standards and lifestyle, it’s very hard to get players respect in today’s modern tennis. There is a point in relationship between a tennis coach and a player when coach said most of the things he knows and what’s left is everyday hard work, commitment and routines. This is where personal example becomes a very important teaching requisite. It’s difficult to demand from a player something that you are not living by yourself. Players feel it. In some other types of teaching (like school) where you don’t spend so much time with the students it might not be that important, but in professional tennis you are spending 35 weeks per year with a player and your own example is inevitably a very powerful tool.