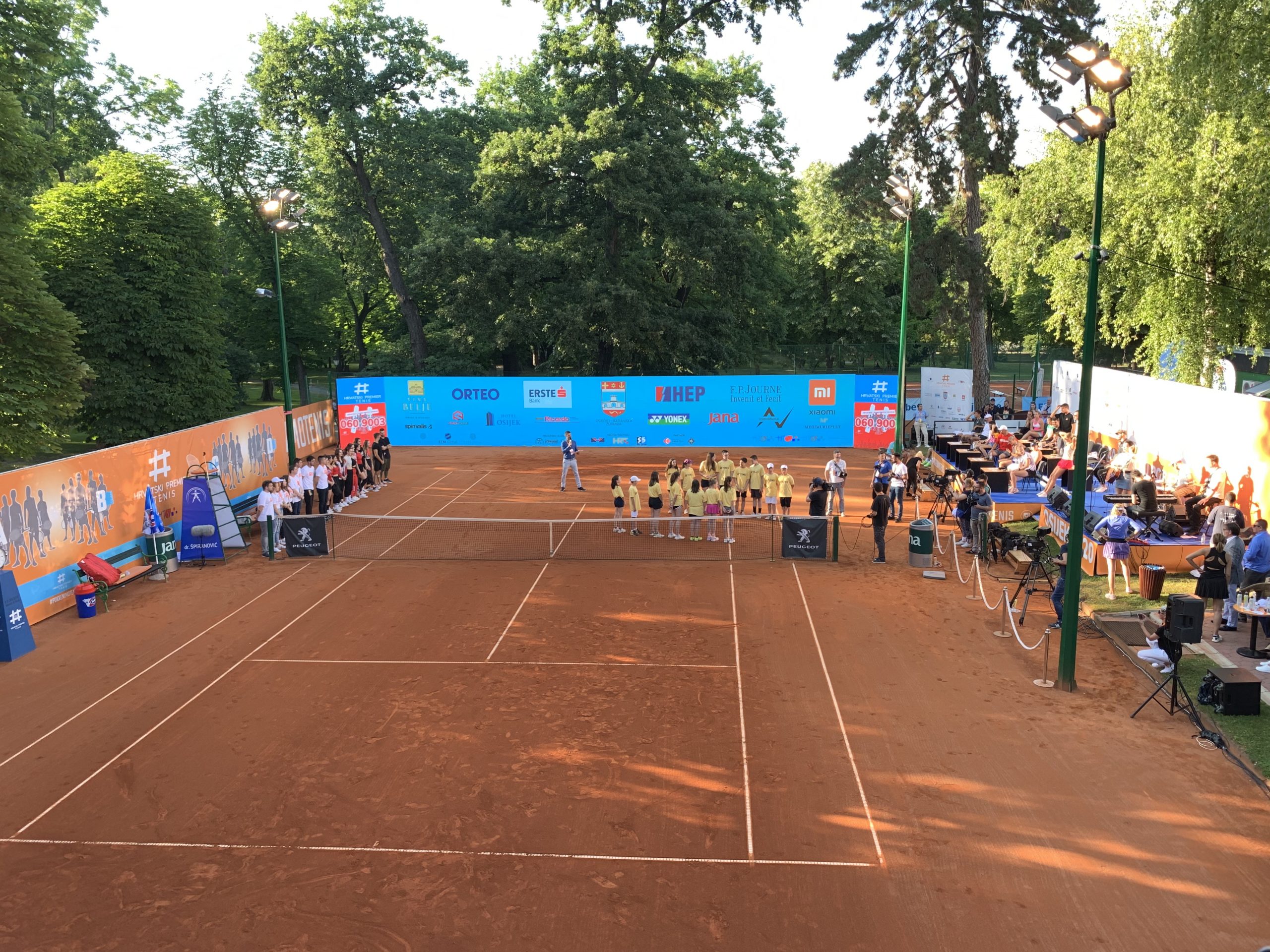 My takeaways from Hrvatski premier tenis tournament in Osijek

From the commentator booth at the Hrvatski premier tenis tournament in Osijek last weekend, among many other things, we talked about the impact of “Corona break” on tennis players. It’s been the longest collective break for all players since they started playing tennis, and it’s going to be very interesting to see its effects on their game from the moment they return into competition. This challenging period affected not only tennis, but it made us rethink the whole work-life concept on the global level, and it encouraged us to slow down and reflect. It also pushed us into a creative and experimental phase that will allow us to put into place some new practices for living, working and playing tennis.

From the motivational perspective, the tennis players are facing very challenging times. A large number of players who play at a highly competitive level are externally motivated. In other words, they draw their motivation for everyday practice from the external factors like, for example, tournaments. They need to see a clear and close goal in front of them so that they could raise their motivation on the practice court. In fact, one of the main reasons why they perform well is precisely because they like the challenge. If the challenge and the rush of the big stage is not within their sight, their motivation on the practice court could potentially fade out.

There is a big possibility that many players will fall into this trap, and they can come up with the solutions of how to get out of it only by becoming highly aware of the situation. It’s a very challenging period for their coaching teams too, because they have to think of new ways to keep their players awake and motivated in order to make sure they are putting enough effort on the practice court.

On the other hand, there are players that are internally motivated without the need for any type of outside stimulus like competition. They are able to create motivation from within themselves and bring the same energy on the practice court, as if Wimbledon is just around the corner. Small everyday improvements are their fuel for making an effort and doing the work.

As an expert and a coach, I’m very excited for the new start of the competitive season, and I’m very curious to see which player will fall into which category. There is a possibility that we will witness some big changes in the player`s performance compared to the time before the break, and I see this as an opportunity for some players to use this momentum and generate competitive advantage over their rivals.

Observing the current situation in tennis from a more general perspective, this is surely the longest collective break that this generation of tennis players has ever had since they started playing tennis, and it’s inevitable that these new circumstances encouraged them to look at tennis from a slightly different angle. I would say that what happened was a much-needed distancing from a very extreme tennis tour reality that is constantly competitive, stressful and sometimes even lonely. Furthermore, the players took a break from a relentless routine that the tennis schedule brings along, with travelling 45 weeks per year, changing airports and time zones, practice-rest-eat intervals, pre-match preparations, post-match recovery, interviews, which is probably one of the toughest there is compared to all other sports. Through my communication with the players, I realised that all of them have used this time for themselves, their families, hobbies, friends, but also (mostly as a side effect) they’ve used it to gain a new, fresh perspective on the game of tennis. It’s the perspective in which success or failure, victory or defeat that usually stand alone at the front line of a tennis player`s everyday life, are now being replaced by some other, newly discovered, equally important things. I’m not sure how long this effect will last, but I certainly hope it will.

That being said, it was so refreshing to see professional tennis players together, relaxed, having real fun and playing tennis in Osijek. There is no one out there who deserved it more than them. The constant and quiet stress is something that tennis players are used to as if it’s something normal, while at the same time they are just as much human as the rest of us. They crave the same needs and feelings of getting together, hanging out, joking around, dancing, singing out loud, eating whatever they like and doing something without the usual 100% focus. I’m still overwhelmed with pleasure and happiness I felt by being around them and by observing them in their authentic mode, with no professional masks, no cameras, no expectations, no pressure, just being themselves.

My days in Osijek made me think of how we should stop for a while from time to time, look back and reflect on our everyday life (cliché, but what really isn’t?). Routine is a powerful thing and it has many benefits, but sometimes it can also make us blindfolded towards other important things around. This time we were pushed out of it, took a quick look at the other side, realised it’s not that bad and now we are fresh and ready to jump back in. The next time will be entirely up to us!