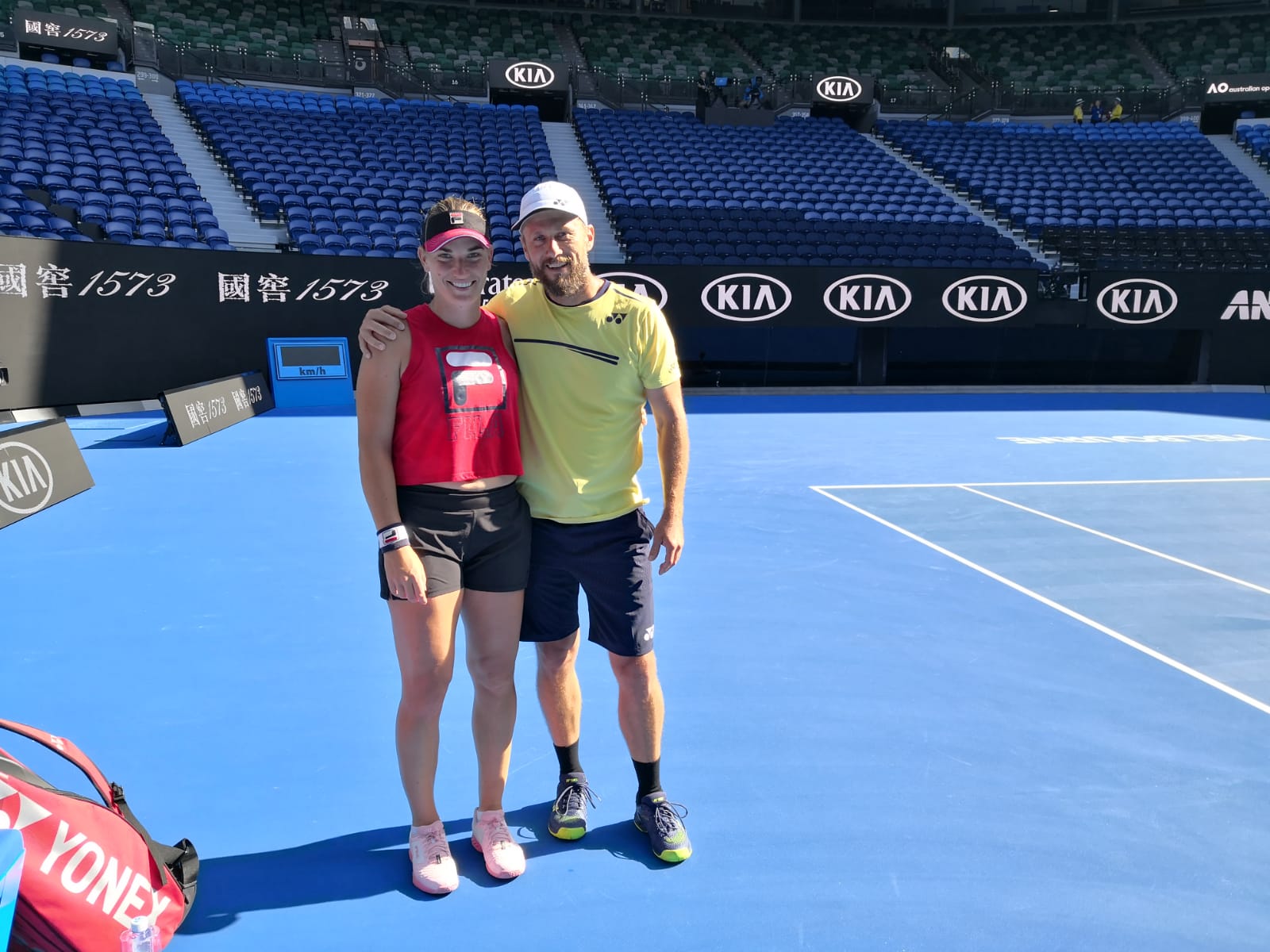 This front picture was taken on Rod Laver arena on the morning before a second round match against Sloane Stephens. It was a great match and I was a proud coach of Timea. It’s always a special moment for a tennis coach to sit in the players box at the big stadium and watch your player compete. In general it was a great two weeks in Melbourne, getting important win in the first round of singles and playing a very good match against one of the best players in the world and couple of days later reaching a doubles final. For me it was the first time that I sat in the box for a Grand Slam final and I could not appreciate it more. Timi and Kiki had a great start in the final and a 3-1 lead against Stosur/Zhang but at the end lost the match in straight sets. It’s all good we are leaving Melbourne with satisfaction, pride and fulfilment. Great motivation at a start of a new season.

Here is a quote from my instagram after the final:

Lots of hard work and dedication behind this moment. These two champions deserve all the respect and have a lot to show in the future. Big match from opponents – congratulations. And me.. my first coaching seat on a grand slam final, just couldn’t ask for more..🙏🎾#unforgettable 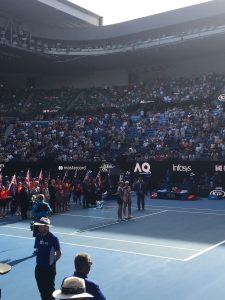 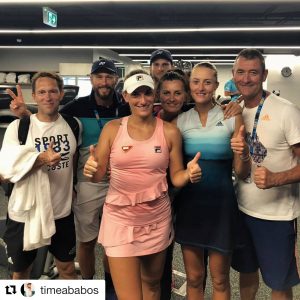 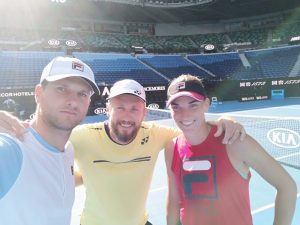