A head start – my story 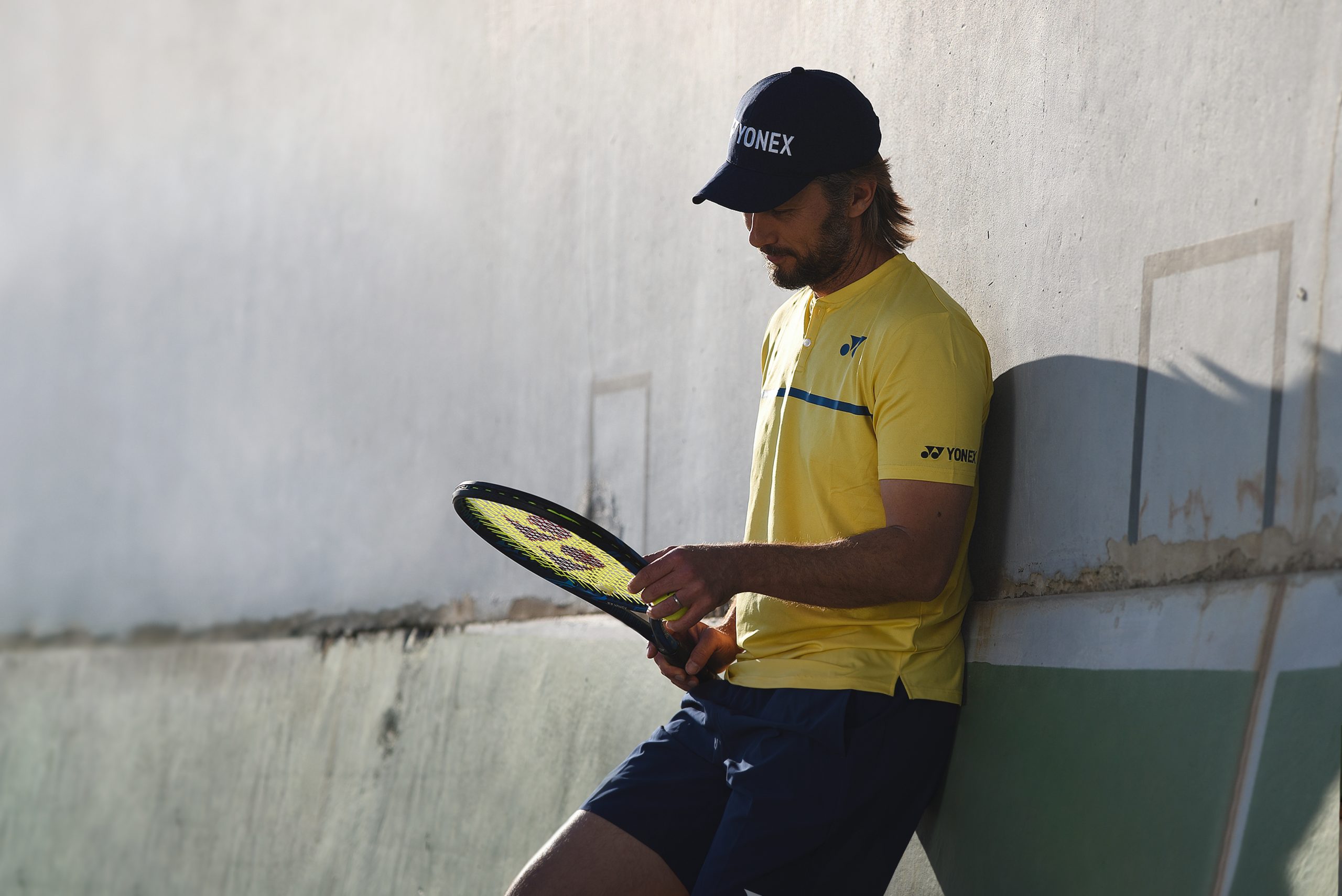 My dream of becoming a professional tennis player was very intense, but it didn’t last for too long. In my early years, we lived in the apartment next to the tennis courts and every kid from the neighbourhood played tennis, so I guess I didn’t have much of a choice. I liked the autonomy of individual sport. I handled pressure well, my hand-eye coordination was natural and that gave me a good head start. But most of all, I was good at doing repetitive patterns in what science calls the kind learning environment (where feedback is automatic and accurate, the next steps are clear, rules are not changing, etc.). In other words, I could outlast others in doing the same thing over and over again without losing concentration. That was my secret for early success in tennis. I was not the fastest, strongest, most athletic, even not the happiest kid on the court. I’m not sure if I played because I liked it, or simply because I found myself in the environment where I was better than others, driven by the feeling of gratification.

It turned out that head start was actually not such a valuable thing for my tennis career, as it appeared at first. The players that I would easily beat started catching up on me. As years went by, the flying colours of my head start began gradually fading out. Apparently, I was just better at something that most of the players eventually learned, while the qualities that could make a long-lasting difference in my game were absent.

“It is only useful to be first at something if you maintain that advantage over the course of your life.” – Malcom Gladwell

Nevertheless, I enjoyed my glory days. I learned a lot about winning and losing, about pressure and expectations, I travelled the world to play with the best players, and even though this might not have been crucial for my tennis career, it was priceless for my life.

My early specialization in tennis, that was triggered by a good head start, was in fact a trap. Having a head start in most cases is not a decisive factor, because instead of doing what science calls a sampling period in which you are trying different things and struggling with most of them before you choose the right fit, you are practicing only one thing that most of the people will eventually learn (not that most of the people will eventually learn tennis, but there are certainly elements that anybody can learn with enough practice).

Even though people get excited when their child learns to walk or read early, there is no real significance behind this, because their peers will learn it anyway and catch up with them. As I said, it’s only useful to be first at something if you maintain that advantage over the course of your life. Taking advantage early on can be achieved by practicing closed skills (where you can measure the progress right away), however this turns out to have a fade-out effect. It is much more important to use that time to learn different motor activities (open skills) at which you may not excel any time soon, but which will bring the benefits later. This type of training builds a certain range of skills in your body and mind which you can easily adapt to a specific sport once you acquire them. But most of all, open skills provide a long-term ability to adjust faster to the situations you have never experienced before, which is important in sport as well as in almost anything we do.

Did I choose the easier path by specializing early?

As I got better, I started to compete at the international level, and tennis required giving up many other interesting things that other kids were enjoying. Except going to school, the rest of the time I followed a professional training programme, with practice-rest-eat intervals and playing tournaments every weekend. What is more, the better I got in tennis, the less sampling experience I had in other activities, including school. At one point, I even switched to distance learning in high school. Was I exposed to enough variety of things as a kid to make this important choice early on? Essentially, I chose something that I was good at from the start, which made me feel confident and important, as opposed to a more general path of experimenting and acquiring a wider range of skills.

Besides obvious health and physical benefits, sport is, perhaps, not such a demanding cognitive problem-solving activity as school, for example. However, showing up every day and doing the same task a thousand times without losing concentration builds a serious persistence and other mental toughness skills. Furthermore, overcoming mental and emotional challenges that competitive tennis entails, like fear of losing, competing against the other person one-on-one, enduring pressure, expectations and similar challenges actually shaped my character for life.

Why is expertise in selection so important – but still not enough?

Match quality is a scientific term for matching the individual with the activity that fits him/her best. Selection in any field is a complex process and it has to be performed by experts with a broader knowledge (or even team of experts), due to the multiple perspectives that should be included. At the early period of development, extensive expertise is needed not only for the development of the right learning programme (a perfect balance between kind and wicked learning environment), but also for the evaluation of one`s potential. For example, if you evaluate a young tennis player simply by his/her physical and technical skills, or by his/her early achievements, you could end up with lots of quitters. Psychological profile of the player, general field of interests, passion for the sport and similar characteristics are also a very important part of the assessment process. Whether the kid is good at something that can make a difference in the long run or s/he simply has a good head start is the call that requires lots of knowledge and experience.

However, even with the expertise included, it’s very hard to match the young person with the right activity, because there are no reliable match quality mechanisms. People with a strong drive for personal development, while learning things about themselves as they grow up, will eventually show the need to try something else. The longer we can delay selection, the more likely we are to improve match quality. Match quality is, in a way, a never-ending process for many of us, and although it certainly depends on the breadth of our sampling period, we might always be in search of a new project or a new career. That’s just the way it is and it is, actually, a good thing.

According to Seth Godin we fail, when we stick with tasks we don’t have the guts to quit – the tricky part is whether quitting is simply a failure of persistence or a discovery of a better match.

Finally, I gave up professional tennis during my college years, much sooner than expected. I felt that this was not my path and decided to go back to school. The fact that I was losing advantage over my peers was painful, but not crucial. Seeing myself less happy on the court than I was at the beginning and struggling with the things that others took with ease had something to do with my decision. What was the true reason behind me quitting tennis? Was I lazy? Did I fail in persistence or maybe I just lost interest?

Head start and early success took time away from my sampling period and I was “forced” to choose my path at the time when I was not ready for it. Sampling period seems to be crucial. It doesn’t mean some early specialists can’t find the right fit, but it turns out that we don’t exactly know what we want before we try things. So, I guess my search for a better match would not be successful without giving tennis a try. My decision to quit playing tennis was actually a pivotal point in my search for something that suits me better. The decision itself was tough, and I made it despite having to hide from the staggering looks of my parents and mentors. I wouldn’t make it as a player anyway, so I saved them the valuable time and money. Did I fail? Yes, I did. But I believe it was a good fail.

“It is impossible to live without failing at something, unless you live so cautiously that you might as well not have lived at all – in which case, you fail by default”.  – J.K.Rowling